Rory is a professional director for film and theatre. His directing process focuses on building a clear story arc through framing/staging and the subtle interchanges between characters.

At the heart of Rory’s directing is a mission to imbue the production with vitality and energy and to engage the audience’s imagination and sense of wonder. Rory’s extensive training in Fitzmaurice Voicework® gives him a unique understanding of how to highlight theme and imagery through the delivery of lines.

“The director’s hand in this is nearly invisible, which in the case of mingled repartee, combat, and slapstick is a very good and mature thing. Ledbetter’s ‘Playboy’ seems effortless and natural, which is a bit of magic.” — Tuscaloosa News

“The musical ‘Gentlemen’ that opened this week in the Lab Theatre had exactly the right cheeky charm and scruffy spirit….The well-oiled ensemble effectively demolished the ‘fourth wall’, interacting freely with the audience and even bringing the action into the seats.” — Tallahassee Democrat

“‘The Shape of Thins’ is outstanding — it shines both technically and artistically. Director Rory Ledbetter was able to take LaBute’s extremely complicated script and turn it into a very honest and exciting piece of theatre.” –FSView 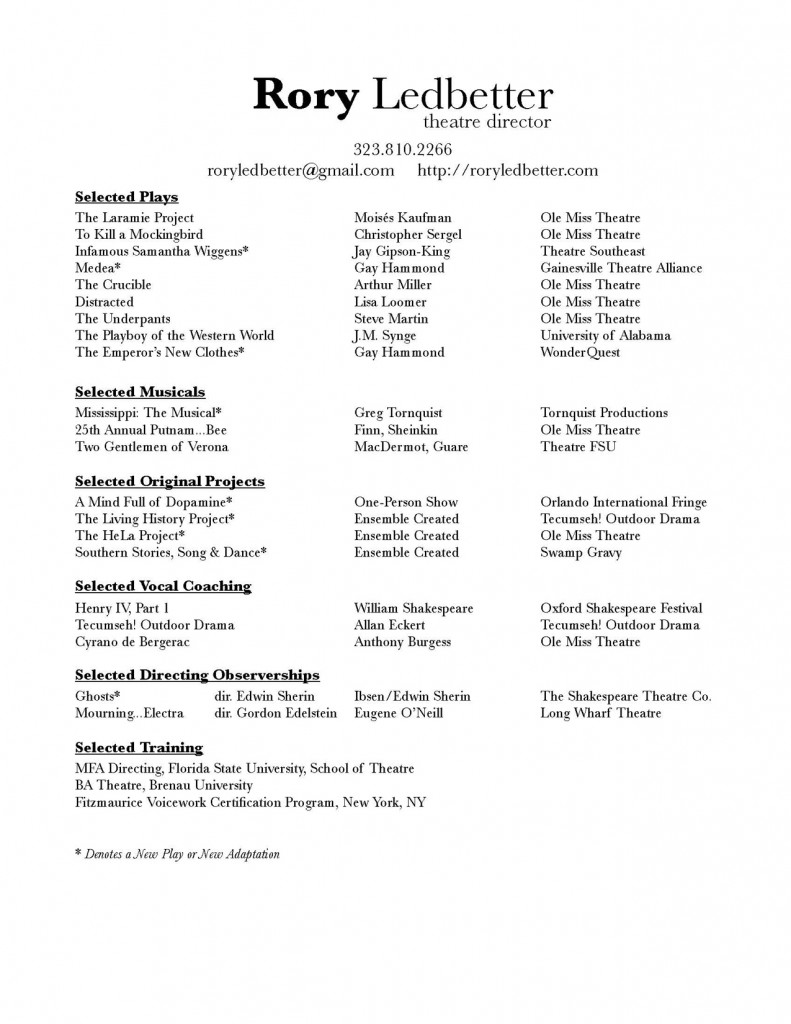