A masterful storytelling thrill ride rocketing you down the dark side of the gambling highway. Rory takes you through the comedic highs and tragic lows of going “All-In” in the Texas Hold ‘Em card rooms of LA.

“Rory Ledbetter manages to humanize addiction in a way that I have never been truly able to see before on stage or in film. A Mind Full of Dopamine is by far one of the best Fringe shows I have seen in a long time. It not only carries a powerful message, but is also just one of the most honest and forthcoming shows about addiction and this little neurotransmitter which can control our lives.” – On Stage Ottawa, 5 Stars

“Rory Ledbetter is certainly among the most engaging and upbeat performers at this year’s Fringe….Rory is so completely honest and heartfelt that the audience quite literally gasps and cries, “Oh no.” when they feel he is on the wrong path….He ultimately makes the show about perseverance and recovery and reaches into the hearts of the audience as well. This is an incredibly entertaining show and an important one as well.” – Charlebois Post

“When debt meets desperation, Ledbetter is a consummate performer, driving for his life with the devil in his rear view mirror. What he makes visible in this descent of man into hellish habit is the terrible thrill of fighting for your life as you crash headlong into a disaster that just keeps giving. You can almost see the piles of poker chips amid the smoke and taste the double lattes.” – Capital Critic’s Circle 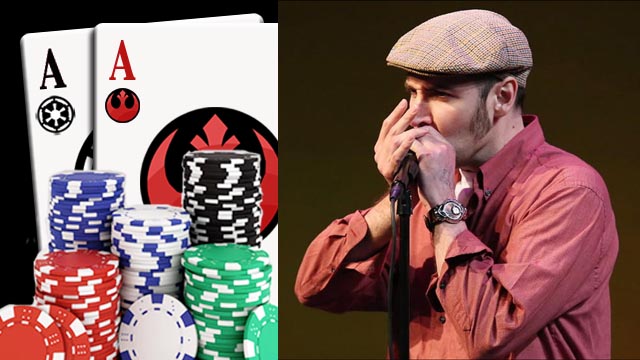